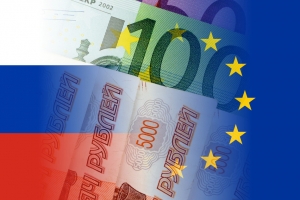 On 1 July 2016, the EU Council renewed the economic sanctions targeting specific sectors of the Russian economy, until 31 January 2017. The so-called “phase 3 sanctions”, which were adopted on 31 July 2014 and due to expire on 31 July 2016, specifically target Russia’s financial sector, by limiting the access to capital markets of its major financial institutions.

The sanctions also include an arms embargo, a prohibition of trade in dual-use goods, and restrict Russia’s access to certain services and sensitive technologies used in certain sectors of the oil production and exploration business.

This decision follows the renewal, on 10 March 2016, of the “phase 2 sanctions” targeting designated individuals with asset freezes and travel bans. These sanctions are now due to expire on 15 September 2016. Likewise, the sanctions against Crimea and Sevastopol were renewed on 17 June 2016 until 23 June 2017. The measures notably prohibit investments in Crimea or Sevastopol, as well as the import of goods originating in this region. The provision of services relating to the tourism industry is also prohibited, together with the export of specific goods and technologies relating to the transport, telecommunication and energy sectors.

Yet, these recent renewals of the sanctions – originally designed to lapse after a year – have been the source of diplomatic debates amongst the EU Member States. The unity once witnessed appears to be weakened by several countries opposing the automatic renewal of the sanctions.

In France, the National Assembly voted on 28 April 2016 a resolution inviting the French Government to lift the sanctions, followed early June by the Senate. A similar approach was taken by the Italian Upper House, which adopted a resolution opposing the automatic renewal of the sanctions. Slovakia, Greece and Hungary also publicly announced their wish to rethink the sanctions in place. Even within the EU institutions, voices disapproving of the renewal can now be heard, as several Members of the European Parliament published an open letter calling for the re-evaluation of the sanctions.

Many consider the sanctions to be counterproductive and detrimental to the EU economy, in particular to the agricultural business. Others see the lifting of the sanctions as a potential negotiation tool to secure Russia’s cooperation on other geopolitical issues. In addition, the recent terrorist attacks call for a resumption of EU-Russia cooperation regarding the exchange of information on security and intelligence.

In spite of the growing opposition, the wording of Council Decision 2016/1071 – which renews the phase 3 sanctions – ties the termination of the restrictive measures to the full implementation of the Minsk agreements. This position, however, might be difficult to maintain in the future as, on top of the opposition described above, the impending Brexit may well lead the UK – a fervent advocate of a strong stance against Russia – to lose its influence on the continued renewal of the sanctions.

For the time being, the EU and the US sanctions (where nobody currently advocates an easing of the Russia sanctions) remain thus fully applicable, together with their lack of clarity. EU and US businesses should therefore maintain their vigilance when dealing with Russian partners, in particular in the financial and energy sectors. Despite the multiplication of EU and national guidelines on the implementation of the sanctions, several questions remain open to debate, thereby causing uncertainty as to the exact scope of the sanctions.

In the course of the next months, we intend to address some of these uncertainties in separate posts.

Do US Changes Regarding Cuba Create Opportunities for Your Business?