In a recent judgement of 28 March 2017 (Case-72/15), involving PJSC Rosneft Oil Company (Rosneft), the Court of Justice of the European Union (CJEU) has ruled on the validity of the EU sanctions against Russia and clarified some important issues concerning the scope of these sanctions. The judgement has drawn attention, because the interpretation and scope of the sanctions has posed difficulties for Western companies as well as EU Member States. 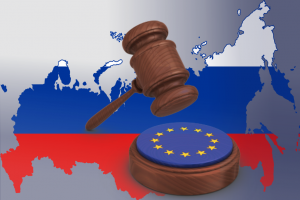 The sanctions in question rest on EU Council Decision 2014/512 of 31 July 2014 and Council Regulation (EU) 833/2014 adopted at the same date. The measures impose restrictions on (i) certain financial transactions and the export of sensitive goods and technologies, (ii) the access of certain Russian entities to EU capital markets, and (iii) the provision of services required for certain oil transactions.

Rosneft has been directly affected by the sanctions and had challenged before the UK High their validity in the light of EU law and the validity of the implementing measures that were adopted by the United Kingdom. The UK High Court decided to refer questions to the CJEU for a preliminary ruling.

One of these was the fundamental question whether it is contrary to the principles of legal certainty and nulla poena (no penalty without a law) for a Member State to impose criminal penalties before the scope of the relevant offense has been sufficiently clarified by the CJEU. Rosneft had argued that the fact that certain provisions of Regulation 833/2014 are not clear and precise means that individuals are not in a position to ascertain unequivocally what their rights and obligations are. The ECJ inter alia observed that the expressions which Rosneft claimed to be unclear are general in nature and that since legislation must be of a general application its wording cannot be absolutely precise. It concluded that the fact that the terms used in Regulation 833/2014 may be subject to clarification, gradually and subsequently, by the ECJ does not prevent a Member State from establishing penalties on the basis of the regulation in order to ensure its effective implementation.

Another important question concerned the meaning of the term ‘financial assistance’ in Article 4(3) of Regulation 833/2014, which may trigger prior authorization if the assistance relates to the sale, supply, transfer or export of listed equipment for the Russian oil sector. In their respective guidance on the Russia sanctions the EU Commission and the UK government have interpreted the term broadly to include payment services. This view was rejected by the CJEU which held that financial assistance, ‘does not include the processing of a payment, as such, by a bank or other financial institution’. The CJEU took into account the underlying purpose of the provision and found in this respect that the regulation only intends to restrict financial assistance comparable to loans, credits or export credit insurance, and not intermediary payment services as these do not touch the funds of a bank. If the EU had intended to restrict fund transfers it would have used a different term according to the CJEU.

A third question concerned transferable securities and sought to ascertain whether Article 5 of Regulation 833/2014 prohibits the issuing of Global Depositary Receipts (GDRs) issued on or after 12 September 2014 under a deposit agreement with a targeted entity (including Rosneft) in respect of shares in such an entity which were issued before 12 September 2014. The CJEU answered this question in the affirmative having noted (i) that transferable securities pursuant to the definition used in the regulation include depositary receipts and (ii) that it is plain that Article 5 prohibits the issuance, after 12 September 2014, of GDRs in respect of the shares of a targeted entity irrespective of the date of issue of those shares. The CJEU convincingly rejected Rosneft’s argument that such an interpretation essentially affects the shareholders of the targeted entities (listed in Annex VI) which is at odds with the objective pursued by Regulation 833/2014, notably to apply pressure on the Russian Federation by restricting the capacity of the targeted entities to raise capital. The CJEU considered that ‘restrictive measures, in so far as they affect a company, are inherently liable to have a negative effect on the interests of that company’s shareholders’. Rosneft’s argument, the CJEU added, was wholly unfounded since the object of the restrictive measures is precisely to increase the cost for the Russian Federation, which is Rosneft’s majority shareholder.

Jochen Vankerckhoven
Attorney at law, Associate at Loyens & Loeff
Jochen (1988) is a member of the VAT, Customs and International Trade Practice Group and the Automotive Team of Loyens & Loeff in Belgium.

Latest posts by Jochen Vankerckhoven (see all)
Share this 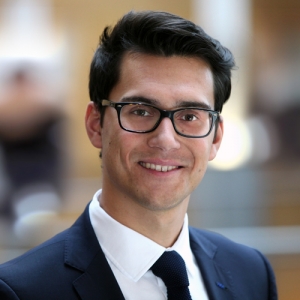 Jochen (1988) is a member of the VAT, Customs and International Trade Practice Group and the Automotive Team of Loyens & Loeff in Belgium.

Voluntary Disclosures: Whether, When and To Whom—US and EU Perspectives

Voluntary Disclosures: Whether, When and To Whom—US and EU Perspectives | Part 2: When to Disclose

EU renews its economic sanctions against Russia, despite growing opposition

On 1 July 2016, the EU Council renewed the economic sanctions targeting specific sectors of the