The European Commission is conducting a public consultation as part of the ongoing review of EU Regulation 2019/125 of 16 January 2019 (the Anti-Torture Regulation or the Regulation). The EU’s Anti-Torture Regulation reflects the EU’s commitment to the eradication of torture and the death penalty through measures to control and prevent the trade in certain goods that could be used for capital punishment or torture  or other cruel, inhuman or degrading treatment.

This Regulation promotes the values in line with the standards on human rights enshrined in core United Nations human rights conventions and at the EU level in the Charter of Fundamental Rights, and compliance with International Humanitarian Law. Compared to other trade control regulations (including the Dual Use Regulations and the various economic sanctions regulations) this one is – although relevant – often less discussed among exporters.

Firstly, the Regulation prohibits the export from and import into the EU of goods that have no practical use other than for the purposes of capital punishment or torture.

Secondly, the Anti-Torture Regulation sets out rules for exports of goods that could be used for capital punishment or for torture subject to a prior export authorization issued by the competent authorities of the EU Member States.

The lists of prohibited and controlled goods are provided in the Annexes to the Regulation as follows:

In this regard, the Commission invites representatives of civil society (NGOs, specialized political organizations, think tanks), academic and / or research institutions, international organizations, government / state bodies, as well as the economic operators concerned by trade in goods covered by the Regulation to express their views.

These views may address the substantive provisions (scope of prohibited and/or regulated goods) and/or the procedural provisions of the Regulation, including any suggestions on how it could be adapted to be more efficient. In this respect it should be highlighted that in the framework of the EU Dual Use Recast (still in progress) some experts voiced that this Regulation culd have been a better tool to include new European autonomous human rights driven controls like on cyber surveillance equipment.

The Commission will publish the responses to this public consultation and has made optional the choice whether or not a participant would like to have its details made public.

The deadline for submitting contributions to the consultation is May 13, 2020. The online questionnaire can be viewed here.

Unless other reviews this consultation does not include specific questions which could highlight a certain policy direction, but is just an open call for reflection. 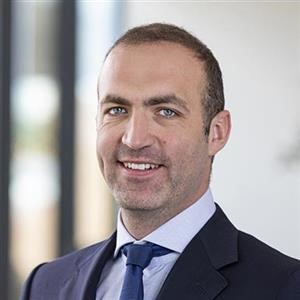