Public authorities all around the world are taking action aimed at combating the effects of COVID-19 in international and domestic markets. In Spain, one of the concerns of the Government has been to cope with the existing foreign investment legal framework (considered the ninth most open by the OECD) and the threats that such a framework may entail ─especially for certain strategic sectors─ in light of the volatility of the market in the short and medium term.

On 17 March 2020, the Spanish government enacted Royal Decree – Law no. 8/2020, (available only in Spanish) on urgent and extraordinary measures to face the economic and social impact of COVID-19 (Law no. 8/2020). Among other measures, Law no. 8/2020 has suspended the liberalization regime for non-EU and non-EFTA investors in certain strategic sectors related to public order, public health and public security (the Provisional Screening Mechanism).

The Provisional Screening Mechanism can be summarized as follows:

l  The mechanism will be in force until the Spanish Council of Ministers expressly decides to lift it (a timeframe that could exceed the term of Law no. 8/2020, which is one month).

l  When the mechanism applies, ex ante authorization from the Spanish authorities shall be required prior to the completion of the relevant transaction.

l  Subjective scope: the mechanism will apply to:

(i) non-EU or non-EFTA investors:

[a] acquiring 10% or more of the share capital of an Spanish company, or

[b] otherwise acquiring the control over an Spanish company (having the majority of voting rights, majority in the board of directors, etc.);

(ii) state-owned enterprises pertaining to non-EU or non-EFTA countries (i.e., companies that are owned or controlled by other Governments, provided that these Governments do not belong to EU or EFTA countries);

(iii) investors that have been involved or that have invested in sectors related to public order, public health or public security in another EU or EFTA country; and

(iv) investors that are being investigated in any other country for alleged crimes or illegal activities.

l  Objective scope: the mechanism will apply to investments in the following sectors:

a) critical infrastructure, either physical or virtual, including energy, transport, water, health, communications, media, data processing or storage, aerospace, defence, electoral or financial infrastructure, as well as sensitive facilities and investments in land and real estate, crucial for the use of such infrastructure;

c) the security of supply of critical inputs, including energy or raw materials, as well as food security;

d) access to sensitive information, including personal data, or the ability to control such information; and

The government reserves the right to extend the objective scope to any other sector that it deems may affect the public order, public health or public security.

l  Gun-jumping the mechanism will render the transaction voidable and ineffective, until the required authorization from the public authorities is obtained (i.e. it is possible to obtain that authorization ex post). On the other hand, gun-jumping would entail, among other sanctions, fines up to the value of the investment.

l  The Provisional Screening Mechanism aligns part of the Spanish foreign investment legal framework with Regulation (EU) 2019/452, of 19 March 2019, establishing a framework for the screening of foreign direct investments into the Union. Certain provisions of Regulation 2019/452 ─ such as the list of sectors affecting public order and public security, or the definition of state-owned enterprises and other similar investors─ are mirrored in Law no. 8/2020.

Even though the latest legislation on foreign direct investment has been passed within the context of the current COVID-19 crisis, it can be expected to remain in force in the long run. However, there are many open questions on how this new regime should be interpreted, such as the concept of foreign investor itself and the instances triggering the need for an authorization, or what technologies are critical. In the short term, it is foreseeable that the Spanish Government will pass additional regulations to develop the provisions of Law 8/2020 and likely develop some of the above issues too. In the interim, a cautious approach is strongly recommended, specifically with regard to industries linked to products and services that are key to overcome the current crisis. 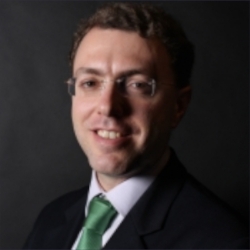 He has experience in all areas of public law, but especially in regulated sectors, such as securities markets and the financial, energy, security and defence, prevention of money laundering and competition law sectors. He also advises on public procurement law and public authority liability.

Manuel focuses his practice on litigation involving administrative and constitutional matters and regularly advises in sanctioning proceedings before the CNMV, the Bank of Spain and the Commission for the Prevention of Money Laundering. He also has vast experience in due diligence processes involving regulatory matters.

In the 2015 edition of Iberian Lawyer, Manuel was named one of the top 40 lawyers under the age of 40 in Spain and Portugal.

RT @ICCBelgium: #Trade does need revivification, doesn't it? Which global institution do you believe will be the most influential to revive…
- Tuesday Jul 7 - 2:31pm

New measures on PPE proposed by the EU Commission: limiting

IIn order to protect the EU’s health workers - the