In order to combat the COVID-19 outbreak, the European Commission adopted Implementing Regulation 2020/402 of 14 March 2020, which imposed an authorization requirement on the export of Personal Protection Equipment (‘PPE’) out of the European Union. This Regulation, which was discussed in a post of 18 March, expires on 26 April 2020. The Commission is currently working on a follow-up regulation which would narrow down the export restrictions to protective masks and should apply for 30 days as from 26 April 2020. This new regulation is discussed in a separate post.

Although the European Commission stressed the importance of EU solidarity and the preservation of the integrity of the single market during this crisis, several Member States have been concerned with own restrictions on exports and sales of medical supplies and PPE in order to protect their national healthcare sector and citizens. Belgium and the Netherlands have taken a different approach in this respect.

In March and during the month of April, Belgium took several measures to prevent shortages of medical supplies, PPE and pharmaceutical drugs.

Firstly, in addition to the European export authorization requirement, the Belgian Federal Government imposed restrictions on the sales of medical devices and PPE by adopting the Ministerial Decree of 23 March 2020. This Decree will remain in force until at least 22 June 2020.

The Decree aims to reserve a listed number of medical devices (including e.g. surgical masks, screening material and disinfectant wipes for medical use) and PPE for the Belgian healthcare sector.

In this context, only retail sale of the listed medical devices and PPE by licensed pharmacies is allowed and this insofar as the products have been prescribed by a healthcare professional. Registered distributors are permitted to exclusively (whole)sell the listed medical devices and PPE to other registered distributors, licensed pharmacies, hospitals and licensed healthcare professionals.

In relation to the wholesale of PPE, the Decree provides nonetheless for an exception: wholesalers can still sell the listed PPE to companies (not qualifying under one of the four groups listed above) insofar as that company (i) needs to provide such PPE to its employees in order to protect them from safety or health risks at work (but only in volumes which are reasonably foreseeable for use within the next month) or (ii) requires PPE for its production, processing, storage of its goods or, more in general, to perform its economic activity (e.g. food processing companies).

Next to the introduction of the Decree by the Belgian Federal Government, the FAMHP (Belgian Federal Agency for Medicines and Health Products) took a number of measures to address potential shortages of (clearly listed) pharmaceutical drugs and resources.

In order to prevent ‘over-ordering’ and misallocations of stock, mandatory quotas for Belgian wholesalers were adopted. Hospitals and pharmacies having a large stock of the listed pharmaceutical drugs or resources are furthermore required to report their ‘surplus stock’ to the FAMHP with the aim of potentially redistributing it.

Initially the FAMHP also introduced a prohibition on the export outside the EEA of the listed pharmaceutical drugs and resources. This measure was however converted later on into a notification duty for such export after it was deemed being too restrictive.

At the moment, contrary to Belgium, the Netherlands does not have specific legislation for the restriction of exports in place in addition to the Regulation. In the Dutch parliamentary debates, there is of course considerable attention for the potential threat of a shortage of PPE which is sometimes accompanied by calls for additional restrictive measures. Despite the pressing nature of the situation, however, the Dutch Government seems to be resisting the imposition of additional measures, because this could lead to a decrease of foreign supplies and an increase of prices of PPE.

It is clear that Belgium and the Netherlands have chosen a different approach to tackle the need for medical supplies, PPE and pharmaceutical drugs during the current COVID-19 crisis. The Belgian strategy appears to have led to sometimes hastily drafted legislation which at times may result in legal uncertainty for the economic actors involved. On the other hand, since the Belgian measures are only applicable during a limited period of time, they are periodically reviewed and, when the circumstances should require so, amended. The Dutch approach is rather straightforward but might entail risks for existing stock and supplies. It remains to be seen whether and how both countries will need to adjust their approach in the coming months. 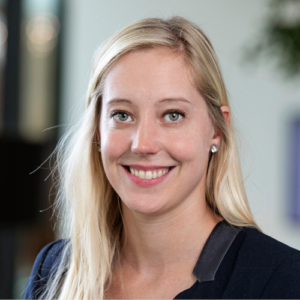 Elise Theys
Attorney at law at Loyens & Loeff
Elise is specialized in indirect taxes, and advises in particular on the VAT aspects of national and international trade in goods and services. She has experience in advising international clients, and assists and represents clients in VAT audits, as well as administrative and judicial proceedings.

Elise has furthermore acquired expertise in the conducting of due diligence work.

Prior to joining the Loyens & Loeff Indirect Tax department in 2019, Elise has gained experience as an Indirect Tax Consultant at a Big Four as well as with an international law firm.

In December 2019, the Joint Research Centre of the European Commission published the Export Control Handbook

RT @MathMaes: US federal investigation into @Twitter demanded, claiming it's violating US #sanctions 🇺🇸 against #Iran 🇮🇷 by letting the cou…
- Friday May 29 - 6:52pm

RT @aticaEU: [added speaker] Great to announce that Heather Finstuen 🇺🇸, Of Counsel at the Washington, DC Office of Covington & Burling LLP…
- Friday May 15 - 9:40am

New measures on PPE proposed by the EU Commission: limiting

IIn order to protect the EU’s health workers - the