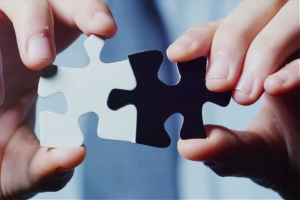 As this correlation table sometimes confuses exporters when determining whether an item is controlled for export , we thought this a good occasion to remind readers of the mechanics of the respective systems. Although the correlation table generally gives a useful ‘indication’ that a certain item could be subject to export control licensing, it should be noted that the two classification systems are in fact very different in scope and objectives.

The Customs Harmonized Commodity Description and Coding System generally referred to as “Harmonized System” (“HS”) is a product nomenclature which aims to categorize traded items on the basis of their objective characteristics. The system is developed and maintained by the World Customs Organization (WCO) and governed by “The International Convention on the Harmonized Commodity Description and Coding System”. This Convention ensures that each contracting party undertakes to ensure that its customs tariff and statistical nomenclatures will be in conformity with the HS. It is currently used by more than 200 countries and over 98 % of the merchandise in international trade is classified in terms of the HS.

The system identifies (groups of) goods by a 6-digit code, of which the first four digits correspond to the relevant heading, while the fifth and sixth digits identify the subheadings. As the number of digits increases, the description of the characteristics of a particular item is further specified.

Let us take the example of routers, an item that has already been the subject of an earlier post in this blog.

The HS is not only a universal, but also comprehensive system which aims at classifying all commodities that are traded internationally. Items which are not mentioned explicitly in a subheading are covered by residual codes, which often include “not elsewhere specified” or “other” and which refer to a (sub)heading that covers every possible commodity under a particular heading which is not described by another subheading. If parties to the HS want to further fine-tune the classifications, they can do so by adding more detail (e.g. digits). The EU has for example implemented TARIC which provides up to 10 digits. (TARIC: 8517.62.0000)

ECN’s are used solely to identify items which are subject to export control requirements. Unlike HS classifications they are, as a rule, neither universal nor comprehensive. Although there is to a certain extent harmonization among the control lists of various countries based on their participation in multilateral export control regimes like the Wassenaar Arrangement or the Australia Group, export controls remain in essence national controls targeting a limited number of items. Commodities that are traded at high volumes world-wide are generally not controlled. After all, the desired effect of such controls is minimal as such goods can easily be obtained elsewhere.

The European Union has gone to great efforts to integrate the separate multilateral control lists in its common EU list of controlled items (Annex I of Dual Use Regulation 428/2009). A similar consolidated list approach is also used by many other jurisdictions, including the United States. However, certain differences exist between the lists. For instance, the U.S. Commerce Control List (“CCL”) includes certain items which are not listed on the EU common control list.

Each entry on the EU common control list consists of a 5-character ECN. The first character corresponds to the topical category for the item. The EU common control list is divided into 10 topical categories (likely extended to 11 categories if the new EU Dual Use Regulation is adopted).The second character corresponds to the type of item (for example, D corresponds to software), while the third character identifies the multilateral regime pursuant to which the item is controlled (for example 0= Wassenaar Arrangement). The remaining two characters correspond to the particular description of the controlled item.

Controlled items can be further specified beyond this 5 character code through the addition of further subheadings within each ECN. If we take the example of routers, the ECN is 5A002 (i.e. “Information security systems, equipment and components therefor, as follows”).

For completeness sake, we have summarized some of the main differences:

Although some dream of an automatic link between the two systems, this is certainly not (yet) the case and implementing such a link would require substantial changes in the current mechanics of the HS system. In order to avoid ‘correlation errors’, exporters will have to continue their ECN homework. Readers who want to learn more about the links between ECN and HS are certainly recommended to consult two recently published contributions in the most recent issue of Strategic Trade Review. [1] [2]

Attorney at law, Local Partner at Loyens & Loeff Belgium
Bert is a partner of the Brussels office, he heads the Loyens & Loeff Indirect tax group in Brussels and co-chairs the firm’s International Trade Group. He advises clients on matters related to international and domestic exchange of goods and services. Matters such as export controls and sanctions, FTA's, customs valuation, origin, classification, excise duties and VAT are familiar parts of my practice. He is also co-heading the Food & Beverages team and he is a core member of the firm's Corporate Investigation Team.

Bert assists clients by drafting compliance programmes, giving trainings, as well as in performing internal scans and audits. He also represent clients before the Belgian and Dutch authorities and courts as well as before the European Commission, its advisory committees and the Court of Justice of the European Union. He has ample experience in counselling clients involved in (criminal) investigations on suspected tax and trade law violations.

He is a member of the Brussels Bar since 2000, the current President of the Global Legal Customs Association, a global network of trade-lawyers, a correspondent for the international VAT Club, a member of the ICC section on Customs and trade facilitation and the sub-committee on indirect taxes and a member of the steering committee of the ABA International Law Section on sanctions and export controls.

He is the co-founder and scientific coordinator of the blog www.worldtradecontrols.com in cooperation with ICC Belgium, VBO/FEB and Bryan Cave LLP where he comments the recent developments in sanctions and export controls.

From time to time, a tiny flash illuminates the sombre Brexit front. One such flash is

RT @SLCHARDON: The debate on emerging technology, trade and security is intensifying: interesting Clingendael Institute paper on "The Need…
- Saturday Feb 22 - 11:08am

RT @SLCHARDON: A search for common ground: export controls on surveillance technology and the role of the EU - about:intel https://t.co/W8a…
- Thursday Feb 13 - 8:34am

With the prospect of a no deal Brexit still on

From time to time, a tiny flash illuminates the sombre