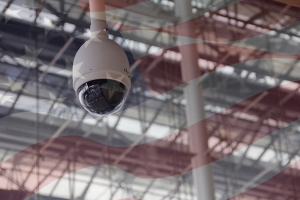 U.S. law provides the President with broad authority to prohibit transactions that he deems to present a national security threat to the United States. In this context, national security concerns may, but need not, involve information that is trade-controlled or classified.

CFIUS, a group comprised of U.S. administrative agencies, is tasked with the review of certain acquisitions of U.S. businesses by foreign entities to determine whether those transactions present a national security concern to the United States. Under U.S. law, CFIUS has the authority to review any transaction in which a foreign interest may gain control of a U.S. business that could present such a risk. CFIUS is tasked to determine whether a foreign investment in a U.S. business presents a national security concern, to evaluate whether such concerns can be mitigated, and to recommend to the President preventing the transaction altogether if such a risk cannot be sufficiently mitigated.

National security concerns can arise in various contexts beyond the expected areas of access to classified or export-controlled information or links to military or intelligence work.  For the transaction blocked by President Obama last year, CFIUS determined the transaction threatened the security of the United States due to, among other things, the military applications of the technological capability of the company to be acquired. Specifically, the target’s wholly-owned subsidiary in the United States employed engineers working on the company’s semiconductor deposition technology, as well as sales and distribution of the target’s products in the United States. The Presidential Order prohibiting the acquisition of the target’s U.S. business and the statement issued by the Department of the Treasury reflected concerns that access by the acquirer (a German subsidiary of a Chinese investment fund) to the target’s knowledge and experience as a producer and innovator of semiconductor manufacturing equipment and technology could “impair the national security of the U.S.” That position corresponds to prior statements from CFIUS and the U.S. Intelligence Community regarding the importance of safeguarding advanced technology, including semiconductor or other technology that may have both commercial and military uses, and concerns regarding the increasing Chinese investment in the global semiconductor market.

The proposed takeover was terminated less than one week after the issuance of the Presidential Order.

While it remains to be seen how the Trump Administration will use the CFIUS process to effect and regulate foreign investment in U.S. business or whether it will attempt to make changes to the established CFIUS process, we suspect that the U.S. will remain open to foreign investment but CFIUS scrutiny will increase. We also anticipate that CFIUS will continue to assert its authority to review transactions between non-U.S. parties, to the extent that such transactions involve U.S. business. Parties considering investment targets in the United States or that include assets or business in the United States should not underestimate the potential for national security concerns, even when the parties involved are not facially U.S. businesses. In order to maximize the likelihood of a successful transaction and minimize potential disruption, parties should consider such concerns early in transaction planning and negotiations, both with respect to the selection of potential transaction targets and partners and in structuring proposed transactions.

While most EU Member States do not have national laws providing for a general screening, review, or approval of foreign investments, countries, including Belgium, are finding ways to address growing concerns in other ways. In October 2016, the city of Antwerp effectively blocked a proposed bid to acquire a minority stake in Belgian grid operator Eandis by Chinese-owned State Grid International Development Limited after the Flemish regional energy market regulator announced higher tariffs would go into effect post-investment. In the Netherlands, where no legal mechanism like the CFIUS regulatory authority exists, the Ministry of Defense has sought to extend its influence over the day-to-day management of the crypto division of Fox-IT after the company was acquired by the UK based NCC Group in 2015. Fox-IT provides IT technology to the Dutch government for the protection of state secrets, and reports suggest that the company may risk losing its contracts with the Dutch government if it refuses to accept increased government controls. Things could change rapidly at EU level now that Germany, Italy and France have recently called upon Brussels to grant them a right of veto especially with respect to Chinese high tech takeovers.

The above examples demonstrate the continued importance of considering and addressing in advance any potential concerns of relevant national authorities in any transaction involving cross-border interests.