From time to time, a tiny flash illuminates the sombre Brexit front. One such flash is the proposal by the EU Commission to add the UK to the list of destinations covered by the Union General Export Authorization (EU001) for dual-use goods if there is a no deal Brexit on 29 March 2019. This move may prove significant as it could save EU exporters a lot of hassle, thereby facilitating their future trade with the UK. 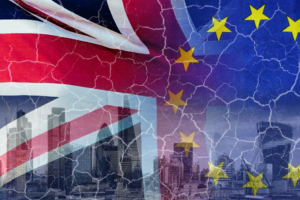 Today, the intra-EU export of dual-use goods to the UK is, in general, not subject to licensing. If the UK should leave the EU on 29 March without a deal, the export of dual-use goods to the UK will require an export license as of that date. In order to avoid the adverse effects of such a development as much as possible the EU Commission now seeks to add the UK to the destinations covered by license EU001 (i.e., Australia, Canada, Japan, New Zealand, Norway, Switzerland (including Lichtenstein), and the USA). The purpose – as stated in consideration (5) of the proposed regulation – is to:

It will be recalled that the national authorities of the EU member states use three types of licenses for the export of dual-use goods:

(ii)   global licenses (for the purpose of a type or category of goods and one or more destinations); and

(iii)   general licenses (for the purpose of specific goods in relation to trade destinations which the EU considers to be important).

General licenses merely require timely registration, usually at least two weeks before actual export takes place. They are not completely without administrative burden, however. Use of general licenses needs to be expressly stated in box 44 of the respective customs declarations and national regulators will normally require periodical reports on the exports that have taken place under a general license.

General export licences for dual-use goods come in two categories: the Union General Authorization and the National General Authorization (for exporters in EU member states which have implemented such a national regime). Both licenses enable exporters with regard to specific, low-risk transactions and through the use of a simplified procedure to bring dual-us goods outside the EU. The purpose of general licenses is to support the competitiveness of the EU while at the same time maintaining a high security level and full compliance with international obligations. National General Authorizations may be imposed by the national authorities. The Union General Authorizations are provided for by Dual-Use Regulation 428/2009 in order to create a level playing field for all exporters within the EU. Union General Export Authorization EU001 (Annex IIa to Dual-Use Regulation 428/2009) specifically regards the export of dual-use goods to the destinations as set out above, which are considered to be low risk.

Trade volumes of dual-use goods exported from EU mainland to the UK are considerable. According to a November 2018 report of the EU Commission, an estimated 4.5 billion euros worth of dual-use goods was exported to the UK in 2016. More than 1.2 billion of the total amount was realized by exports from the Netherlands.

The proposal to add the UK to the destinations covered by Union General Export Authorization EU001 is likely to bring relief to EU businesses exporting dual-use goods to the UK. It should ease much of their concerns and the uncertainty about the applicable licensing regime for dual-use exports to the UK in the event of a no deal Brexit. Care should be taken however, to ensure that the respective exports are not outside the scope of EU001. But the vast majority of dual-use goods exported to the UK will fall inside that scope.

Whether the proposed amendment will eventually be required is in the hands of British Parliament. Today, there is another opportunity to ensure that this will not be necessary.

Latest posts by Gerard Kreijen (see all)
Share this
Tags:

In order to combat the COVID-19 outbreak, the European Commission adopted Implementing Regulation 2020/402 of 14