On 23 November 2017, the Court of Amsterdam handed down its decisions in the case concerning the Dutch transportation company charged with breaching the military embargo against the Russian Federation. These decisions are the latest in a string of Dutch enforcement cases relating to the transit of military goods which have raised concerns within the transportation & logistics sector. In the case that was brought against the transportation company, the court ruled that the company was guilty of willfully transiting military goods to an entity in Russia in breach of the applicable military embargo (Rechtbank Amsterdam, nr. 13/994046-17, 23 November 2017). In a second decision the court acquitted the managing director of the company of having actually directed the breach. (Rechtbank Amsterdam, nr. 13/994045-17, 23 November 2017). 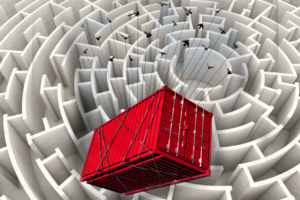 Amsterdam Airport Customs had stopped a shipment from Malaysia destined to the Russian Federation on 17 March 2015. The consignor was the Royal Malaysia Air Force. The consignee was Ural Optical & Mechanical Plant in Yekaterinburg, Russia (“Ural Optical”). Inspection revealed that the shipment contained two OMB-Units. Such units are part of the optical radar station 36SH-01 used by the Russian-developed Sukhoi 30MKI fighter jet. The Sukhoi 30MKI is flown by the Malaysian air force which has entered into maintenance contracts with Russian (military) manufacturers, one of these being Ural Optical.

The two OMB-Units, designed for military use and application, were being sent to Russia for repair. They categorize as ML11.a.g. (guidance and navigation equipment) on the EU Common Military List. The transportation company had no transit license for the shipment. If requested, such a license would have been refused because the Dutch 2014 Sanction Regulation Territorial Integrity Ukraine (in Dutch: Sanctieregeling territoriale integriteit Oekraïne 2014) prohibits the transit of military goods to Russia.

The Fine for the Transportation Company

The defense had pleaded for acquittal of the company. It had argued amongst others that there was no transit, at least not a ‘complete’ transit: Dutch customs had stopped the forwarding of the goods which therefore had never reached Russia. The court, however, disagreed. Pursuant to the Dutch Strategic Goods Order (in Dutch: Besluit strategische goederen) transit through the Netherlands means the transportation of military goods which are being brought into Dutch territory solely for the purpose of transporting such goods to a destination outside Dutch territory. Since it was clear that the presence of the goods at Amsterdam airport served the sole purpose of shipping them to Russia, the court found that the transit was completed – a transit for which normally a license would have been required.

It is worth noting that according to the definition of territory in international law the transit was complete and, therefore, the license required at the very moment that the shipment entered Dutch airspace.

The court also rejected the argument that the charges lacked a legal basis. According to the defense, Ural Optical was not a listed entity on the annex to Council Regulation (EU) 269/2014. In the view of the defense this meant that there was no prohibition to ship the goods to Ural Optical. The court considered this irrelevant. Regulation 269/2014 lists persons and entities that are subject to asset freezes and the prohibition to provide economic resources. The prohibition to transit military goods to Russia rests on the Sanction Regulation Territorial Integrity Ukraine 2014. This is a blanket prohibition covering all persons and entities in Russia.

As in the earlier enforcement cases, the court found evidence of willfulness in the simple fact that the defendant had performed the transit (‘blanc’ willfulness criterion). It reiterated the irrelevance of any willful intent to breach the law. The court emphasized that the defendant, as a professional party, knew that its acts and omissions were governed by the sanction regulations. A lack of intent to breach the regulations or a lack of knowledge of the prohibition has no meaning for the proof of blanc willfulness. It cannot exculpate the defendant.

For these reasons, the court found that the defendant had willfully transited the military goods in breach of the military embargo against Russia. It imposed a fine of 50,000 euros, half of the amount being conditional with a probation of two years.

The public prosecution had demanded a penalty of 80,000 euros. In determining the fine, however, the court considered as mitigating factors that (i) the defendant had not been previously convicted for similar facts, (ii) counsel for the defendant had stated during the hearings that the defendant would adjust its internal procedures and controls to prevent future breaches, and (iii) judgment had not been passed within two years of the reasonable term.

The Acquittal of the Managing Director

In the separate case brought against the managing director of the transportation company, the public prosecution had demanded that the director be sentenced to a two months provisional prison term for having instructed and/or actually directed the prohibited transit.

Under Dutch law, the actual direction (in Dutch: feitelijk leidinggeven) of criminal acts, includes the situation wherein a managing director – although competent and obliged to do so – fails to take measures to prevent the acts, thereby deliberately accepting the significant risk that the criminal acts will occur.

The Challenge for the Transportation & Logistics Sector

These decisions vividly illustrate the risks of transporting military equipment. The single transit of a military item may result in the criminal liability of transportation companies and their managers. The main challenge is to align commercially viable business models for handling cargo with ever stricter compliance requirements.

The central question is whether this can be done without sacrificing the business. In practice, logistic service providers handle thousands of shipments on a daily basis. It seems impossible to sort out for each shipment whether or not it concerns military goods. If, for whatever reason, crucial information is not disclosed and the consignor merely provides a vague description, only physical inspection can reveal the true nature of the goods. And there are other complicating factors. Itineraries are often decided under the wire depending on the availability of flights and fuel prices. In the event of transit in particular, goods will often be on ground in a certain jurisdiction for a few hours only. It is unclear, at this stage, whether the Dutch courts are sufficiently aware of these practical difficulties. But even so, compliance under these circumstances is hardly an easy task …

Export Control Considerations: Beyond the Authorization

EU Commission issues notice to stakeholders on impact of Brexit