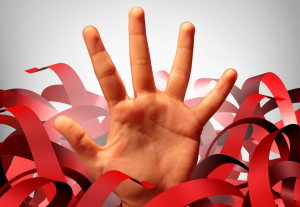 In 2014, the EU Commission announced its intention to recast Regulation 428/2009 (“the Dual-use Regulation”), triggering a long process of internal discussion and public consultation. The project now seems to have reached a milestone with a draft proposal from the Commission. In particular, as explained in a previous post, the leaked document foresees the inclusion of a human rights factor in the processing of export license requests. Yet, other important changes are also proposed.

Arguably, for the EU Commission, the exercise is one of equilibrium. Thus, the institution appears to be torn between two objectives: the contribution to peace, security and human rights on the one hand and maintaining the competitiveness of EU businesses on the other.

The second objective calls for a reduction of the administrative burden associated with the regulations, which weighs on both national licensing authorities and EU businesses. In this regard, the Commission proposes the introduction of new EU General Export Authorizations (“EUGEAs”), covering products containing cryptography, low value shipments, intra-company technology transfers, as well as other dual-use items.

The proposal also foresees the adoption of a new type of global authorization for “large projects”, such as the construction of a nuclear plant, enabling exporters to apply for a single license covering all export operations. An approximately 40% reduction in the number of products subject to control for intra-EU transfers is also planned.

Other contentious notions, which had been the subject of debate in the past, are further clarified in the leaked document. Considering the technological progress with regard to cloud computing, it comes as no surprise that the draft addresses the question of transfers of intangible technology. Pursuant to the proposal, such transfers would only be subject to controls if the technology is made available to a person in a non-EU country, as opposed to the current situation which covers the transmission of technology to a destination outside the EU. This is expected to facilitate the use of cloud services, where the technology remains with the originator.

The Commission also addresses the definition and scope of the catch-all provision, through the rewriting of the ad hoc clause. In case of imposition by a Member State of an authorization requirement for the export of a specific non-listed item, the envisaged provision provides for a mandatory consultation procedure and exchange of information between the EU Commission and the different Member States. However, the inclusion of factors such as potential violations of human rights and humanitarian law, as well as the potential use of goods in connection with acts of terrorism, whose contours remain blurred, will arguably make reaching the Commission’s objective of clarifying and harmonizing the definition and scope of catch-all controls to ensure uniform application throughout Europe a more difficult task.

In addition to the inclusion of these new factors, the scope of the provision is also broadened through the extension of the definition of brokers, to include subsidiaries of EU companies located outside the EU. The Commission also intends to consider the provision of technical assistance as a licensable event, a move made possible by the adoption of the Lisbon Treaty and the transfer of the competences it entailed.

The enforcement mechanism – which relies on the Member States – has also been strengthened by the addition of an anti-circumvention clause, which prohibits the participation, knowingly and intentionally, in activities the object or effect of which is to circumvent the different measures set out by the Regulation.

Further, the proposal grants to the Commission the power to amend the different lists of dual-use items. This will allow the Commission to avoid the lengthy EU legislative process, thereby speeding up the process of updating the lists.

Finally, the proposal also provides for an evaluation of the Regulation, between five to seven years following its adoption. There can be no doubt that this ambitious recast will be the subject of tense discussion over the next few months. Time will be needed for the different Member States to adapt their practices and new uncertainties appear to be waiting down the road for EU businesses.