In our previous post, we discussed the export controls enforcement case brought against a logistics provider. At the same date, the same court also issued a judgment against an airline company that had acted as a carrier of certain military goods. (Rechtbank Noord-Holland, nr. 15/994178-17, 24 April 2017). This second case contains some observations by the Court that are worth highlighting and that may serve as further guidance for companies active in the trade and handling of strategic goods. 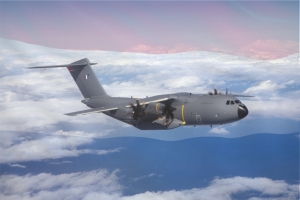 In April 2016, a transit shipment from South Africa to Ecuador was stopped and investigated by Dutch airport customs. It appeared that the shipment consisted of aircraft parts for fighter jets. The airline company which had accepted the shipment had received the aircraft parts from a logistics company in South Africa. The parts classified as ML10(a) (‘Manned “aircraft” … and specially designed components therefor’) on the Common (EU) Military List. No application had been made for the transit license required for the shipment.

The airline company (the defendant) was charged by the Public Prosecution with willfully transiting goods that are listed on the Military List without a license.

First, the Court found that the defendant, as the carrier of the goods, qualified as the person with the power of disposition (beschikkingsbevoegde) meaning that the defendant was under an obligation to comply with applicable Dutch export control regulations. The defendant had argued that the logistics provider in South Africa was to be regarded as the (sole) person with the power of disposition. In this context, it had also argued that, based on the 1999 Montreal Convention, the logistics provider, as the consignor of the goods, had a duty of care to provide adequate information on the goods that the shipment contained and was responsible for reporting to Dutch Customs.

The Court rejected both these arguments. It observed that, pursuant to Article 3 of the Dutch Implementation Regulation Strategic Goods (Uitvoeringsregeling strategische goederen) the duty to request a license rests on the person with the power of disposition, the person performing the customs formalities on its behalf or, if no customs formalities are being performed, the person transporting the goods. The Court established that, in addition to the South African logistics provider, the defendant was also to be regarded as the person with the power of disposition and, therefore, under a duty to arrange for the required license. There is no order of precedence in this respect, thus the Court. Furthermore, the Court reiterated that, irrespective of whether or not the logistics provider had failed to comply with its obligations under the Montreal Convention, the defendant had its own responsibility and was therefore not discharged from its duty to independently investigate with respect to the transit of strategic goods.

Secondly, and with respect to timing, the Court noted that pursuant to the definition of ‘transit’ under Dutch law the required license should have been available at the moment the goods entered Dutch territory, i.e., Dutch airspace, in order to avoid violation. As it happened, the electronic information the defendant had received about the shipment – the mere description of the goods being ‘consolidation’ – had given the defendant no cause to investigate the airway bills and the nature of the goods. However, even if there had been cause to investigate it is unlikely that the required license could have been timely issued, because the electronic information was usually received by the responsible handling department of the defendant only one hour after departure of the flight.

Thirdly, the Court mitigated the full penalty of 40,000.00 euros which the Public Prosecution had sought to impose. In this respect the Court considered that during the court hearings the defendant had committed to revise its internal procedures, tighten its internal controls, and train its staff to avoid future breaches. The court also considered relevant that the defendant had not been previously convicted and that the goods had eventually been released for transit to Ecuador following the successful (although delayed) application for a license by the South African logistics provider. Accordingly, the Court imposed a penalty of 40,000.00 euros of which only 20,000.00 euros was to be paid by the defendant, unless the defendant would commit another breach within two years of the date of the judgement.

Under Dutch law virtually any party involved in the handling of a shipment of strategic goods (logistics providers, customs agents, carriers) may be held liable for failing to obtain the required licenses. If there are several persons responsible for arranging a license the failure of one person to do so will not discharge the other person from its obligations. Companies active in the trade and handling of strategic goods should at all times have in place robust internal compliance programs. Such programs will not only greatly diminish the risk of violation of export control regulations, but they may also result in the mitigation of penalties in the event of enforcement action by the authorities. Internal compliance programs should leave ample time for investigation of critical issues as well as for requesting and obtaining – in a timely manner – the required licenses and authorizations.