Unlike in the US, few European countries disclose detailed records of the enforcement of export control regulations. The Netherlands are no exception to this rule. For their guidance, economic operators basically will have to depend on the odd court case. Remarkably, a Dutch court recently rendered two separate judgments concerning export controls enforcement at the same date. 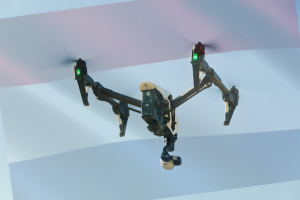 Both cases dealt with the transit of military goods; a setting that is hardly surprising given the importance of the Netherlands as a transportation hub. Both cases are exemplary and should serve as a stark reminder not only for airfreight forwarders and the logistics sector but for anyone involved in the trade of strategic goods. Our next contribution will deal with the second case, which concerns charges brought against an airline carrier.

In the first case, concerning a logistics provider (Rechtbank Noord-Holland, nr. 15/994176-17, 24 April 2017), checks by Dutch airport customs had revealed that the items that had been forwarded by the logistics provider (the defendant) were Unmanned Aircraft Systems (UAS or drones) from the US destined to Saudi Arabia. The drones were designed for military purposes and classified as an item on the Common (EU) Military List. For this item the logistics provider should have requested a transit license which given the circumstances would have been refused by the authorities.

The defendant was charged by the Public Prosecution with willfully transiting goods that were listed on the Military List without a license.

It appeared that in 2015 the defendant had been issued with an official warning by Team POSS (PrecursOrs, Strategic goods and Sanctions) for shipping without a license military goods from Malaysia to the Russian Federation via the Netherlands. At that time the management of the defendant had undertaken to require the respective Airway Bill and Invoice in addition to the usual ‘ok to forward’ in order to assess whether a shipment should be refused or a license requested.

The Court established that the goods classified as ML10(c) on the Military List. From the Airway Bill and the Invoice it followed that the shipments concerned complete systems. This implied that an individual transit license was required. Furthermore, the Court found that since the defendant, as a logistics provider, qualified as the person with power of disposition (beschikkingsbevoegde) pursuant to the Dutch Strategic Goods Order (Besluit strategische goederen), it was under a duty to apply for and obtain the individual transit license for each shipment. The Court rejected the argument of the defendant that it did not know or had no reason to suspect that the shipments concerned military goods. The consignee (Saudi Arabia) and the description of the goods on the freight documents should have caused the defendant to investigate.

The Court imposed a penalty of 50,000.00 euros, stating that the transit of military goods without a license is a serious offense, in particular because this license (for transit to Saudi Arabia) would have been refused if it had been requested. In assessing the amount of the penalty the Court took the financial means of the defendant into account.

Enforcement of export control regulations does happen – not only in the US. In the Netherlands, willfully transiting military goods without a license is considered a serious offense. A party that is legally required to request a license but that nevertheless ships a military item without having obtained that license risks criminal conviction and a substantial penalty. In the event that the required license would not have been issued if it had been properly requested, any professional party that is not a first offender effectively faces strict liability. Companies involved in the trade of strategic goods should have in place adequate checks and procedures in order to prevent such a course of events.

Meet the U.S. Office of Foreign Assets Control (OFAC) in Brussels on 21 June 2017