When the United States lifted its nuclear-related sanctions as part of its Implementation of the Joint Comprehensive Plan of Action (JCPOA) in January 2016, it left in place several other sanctions mechanisms that could be implemented against Iran. On February 3, following Iran’s tests of certain ballistic missiles, the United States designated twenty-five (25) additional individuals and entities as Specially Designated Nationals (SDNs) pursuant to certain of these remaining sanctions authorities. 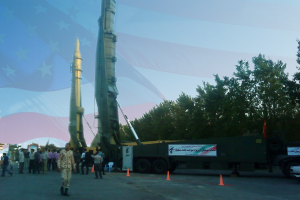 Specifically, these designations were made pursuant to Executive Order 13382, which targets proliferators of weapons of mass destruction, and Executive Order 13224, which targets parties that commit or support terrorism.  According to the press release announcing the designations, several of the parties are identified as part of certain procurement networks for Iran’s ballistic missile program.  Others who were designated were linked to the Islamic Revolutionary Guard Corps—Qods Force (IRGC-QF).

The addition of these individuals and entities to the SDN list under these Executive Orders means that non-US persons can now be subject to secondary sanctions if they engage in significant transactions with any of these newly designated parties.  So screening against the US SDN list continues to be of importance for non-US parties to minimize the risk of dealing with a designated party and potentially becoming a target of secondary sanctions.

For now, the United States has taken the position that these additional designations are consistent with its obligations under the JCPOA.  And that does appear to be the case.  At the same time, bills have been introduced in both the U.S. Senate and House of Representatives to impose additional sanctions against Iran.  It is unclear at this time whether these will eventually be passed or not.  What is clear is that one year into implementation of the JCPOA, the state of U.S. sanctions against Iran may not be static.

Last week, the Belgian Act implementing the EU Blocking Regulation was published in the Belgian Official

Based on comments made by President-Elect Trump during his campaign, we have
Go to Top

Several circumstances may trigger the need for non-US parties to