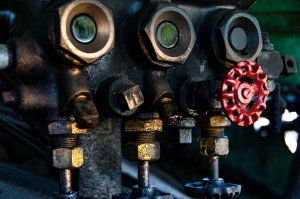 There is an undeniable tendency to use export control regulations for the human rights agenda of the EU and its Member States. The latter enforce their goals, not only by taking advantage of the possibilities under the current export control framework but also by reconstructing this framework towards a human security approach. The crucial question is whether this is a good development?

From its very inception, Article 8 of the Dual Use Regulation 428/2009 (the Regulation) provides for the possibility for Member States to “prohibit or impose an authorization requirement on the export of dual-use items not listed in Annex I for reasons of public security or human rights considerations”. Yet, this is only a possibility for Member States to take into account an additional factor in assessing the necessity of controlling exports.

Although most authorities remain reluctant to include human rights concerns in their assessment of granting licenses and approving ICP’s, some national export control administrations, such as those of the Netherlands, may take the position whereby they refuse global export licenses to ‘sensitive’ (non-listed) countries of certain dual-use items for human rights considerations or require the inclusion of such considerations in Internal Compliance Programs (ICP’s), e.g. end-use(r) screening, and/or end-use(r) statements.

For some, it seems, the mere possibility to take human rights considerations into account is seen more and more as an insufficient mechanism for the proper defense of human rights.

A new definition for “dual-use items” and other proposals

This may explain the recent proliferation of calls for the inclusion of the human rights factor in the qualification of objects as dual-use. Not long ago, the Wassenaar Arrangement’s dual-use list was amended to include “mobile telecommunications interception or jamming equipment”, “Internet Protocol (IP) network surveillance systems” and “intrusion software” because of the potential use as a means of repression. Accordingly, these items were added to the dual-use list of the Regulation in December 2014 (e.g. 5A002 items).

The main driver, however, is the review of the EU export controls policy, undertaken by the European Commission. The Commission envisages evolving towards a ‘human security’ approach by adopting a notion of ‘strategic’ items addressing not only items with possible military and WMD proliferation end-uses, but taking a wider security approach. The proposal, however, has raised criticism and skepticism (available here).

The re-drafting of the concept of strategic items, however, is not the only means for the Commission to bring forward the human rights factor.

First, the so-called ‘catch-all provision’ of the Regulation could be amended, which is used to control non-listed items that are or may be intended for use in connection with chemical, biological or nuclear weapons or other nuclear explosive devices or missiles capable of delivering such weapons. The amendment of the catch-all provision was already proposed but not adopted in 2012 (available here). One could indeed imagine a prohibition of exports of items whose end-use or end-user would be detrimental to human rights.

Secondly, Article 12 of the Regulation, which requires Member States to take into account “all relevant considerations” in the granting of the export licenses, may be used. Amongst these considerations are those covered by Council Common Position 2008/944/CFSP defining common rules governing control of exports of military technology and equipment (available here). The Common Position provides that Member States shall assess the export license applications for items on the EU Common Military List having regard, inter alia, to the respect for human rights in the country of final destination.

But would it be a good development?

Although the inclusion of a human rights criterion in the control of exports of certain items to third countries is seen by many as desirable, one can foresee potential drawbacks.

The adoption of an EU-wide human rights criterion would drive the European Union away from the multilaterally agreed control lists and regimes, a consequence the EU Member States and businesses should seek to avoid. It would place the EU industry at a competitive disadvantage and increase compliance costs of companies located both in and outside of the Union.

The mechanisms used for advancing human rights such as the catch-all provision or Article 12 of the Regulation can increase legal uncertainty on the business side, especially in case of a lack of harmonization amongst the different Member States. Businesses would benefit more from a list-based system. As a side effect of the policy freedom for the national administration when using the catch-all or Article 12 mechanisms, businesses may choose to establish themselves in the most permissive jurisdiction within the EU.

Perhaps, the most fundamental objection, however, is whether it is fair to burden the private sector with the implementation of human rights policies, especially when this involves potential threats to human rights which most government agencies would find difficult to assess for themselves.

The European Commission is expected to propose a reform of the export control regime in the first half of 2016. Whatever option is chosen – a redefinition of the dual-use notion, a broader use of the catch-all clause or a stricter licensing approach – the Commission will have to carry out a fine tuning exercise, combining different and often conflicting interests. No doubt that the positions and decisions taken in the months to come will only fuel a fundamental debate that might be here to stay.