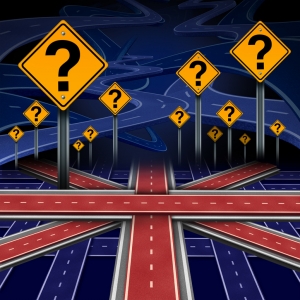 The referendum held on the 23th of June 2016 and the decision of the United Kingdom to leave the European Union will have an important impact on trade and compliance in the next few years. The European industry already dealing with complicated sanctions regimes and export controls rules will now also have to cope with relative uncertainty as regards the future of the EU’s trade relations with the UK.

While waiting for the dust to settle, a few comments can already be made.

Despite the British people’s decision, the actual “Brexit”, i.e. the exit of the UK from the EU, should not have a significant impact in the next few months. Article 50 of the Treaty on the European Union, which provides for the possibility of the Member States to leave the Union, foresees a lengthy procedure, the starting point of which has yet to occurred.

Indeed, Member States wishing to leave the EU have to formally notify their intent to the European Council. At the time of the writing of this contribution, the timing of the notification is being discussed, as the UK Prime Minister expects the next government to take the responsibility of notifying the European Council. A formal step that, some believe, might never occur… Following the notification, the Union will negotiate an agreement setting out the arrangements for the UK’s withdrawal. Again, this process is expected to be lengthy, although the Treaty foresees a time limit of two years.

The eventual withdrawal of the UK will however necessarily have an impact on the trade sanctions and export control regimes.

For European exporters, however, the UK will then have to be treated as a non-EU Member, and movements of goods and technology will therefore qualify as “exports”. In that regard, the specific impact of the Brexit will depend on the agreement reached by the EU and the UK through the negotiation process. Considering the importance of the British market for the European industries, one may expect that the UK will be considered as a privileged partner and that, as a result, exports to the UK might benefit from the General Export Authorisation (EU001) provided for in Article 9 and Annex IIa of Regulation 428/2009.

The impact of the Brexit on the trade of military goods may be more limited, as this field has always been a national prerogative. The UK might however detach itself from the EU Code of conduct on Arms export (which sets out criteria to consider when granting an export authorization), and the Common Military List of the EU, although this seems unlikely at present. But the consequences of such a decision, again, would be limited. Military export licenses, which are already required even for intra-EU transactions, will therefore remain the norm.

As regards the trade sanctions, one should distinguish between the two main regimes, i.e. the one originating from the United Nations and the one of the European Union.

The UK will remain bound by the former, although this time directly, as opposed to the current situation, in which the EU acts as an intermediate actor between the UN and the EU Member States. Therefore, while the European sanctions adopted in view of complying with the UN decisions won’t be applicable in the UK, it is certain that the UK will simply adapt its national legislation. A practical difficulty in this respect may be that the sanctions resolutions of the UN contain often much less elaboration and detail compared to those of the EU.

The same appears to be true for autonomous sanctions of the EU. Given their scope of application, they will not bind the UK, neither will they be applicable in its territory. Yet, considering the very active role played by the UK in the adoption of the different sanctions – in particular against Russia – one can foresee a swift adoption of specific national rules (re)imposing similar (if not more stringent) sanctions. Obviously any differentiation between the EU and UK regimes may lead to an uneven playing field, and increasing difficulties in dealing with the different regimes – something businesses would have been more than happy to avoid.

For the moment, the different trade sanctions and export controls regimes remain fully applicable, exactly as they were before the 23th of June. This status quo will last for the duration of the negotiation, and for a maximum of two years. As for the mid-term future, however, questions remain open. For businesses, the Brexit may well lead to an increased difficulty in complying with the trade sanctions and export control regimes, caused by the necessary adoption of new bills by the UK. Adjustment may therefore have to be brought to the different compliance programmes. The regulatory path that the UK may choose to follow will also be of particular interest: whether the UK decides to mirror the EU approach, or that of the US – or even take its own approach – may, again, be the source of hefty regulatory issues. Wait & see…

EU Commission issues notice to stakeholders on impact of Brexit

Despite Iran sanctions relief, limitations remain on non- US companies owned or controlled by US persons

Export controls as a toolbox for human rights policy