Deciding to whom to submit a voluntary disclosure is also important. US as well as EU businesses should realize that in some cases more than one set of laws and regulations may apply. 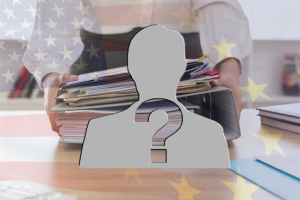 For instance, if items are controlled under EU export controls and subject to EU trade sanctions, there may be disclosures warranted to EU member state entities.  In addition, if the items involved are also controlled under the EAR and were sent to Iran in violation of the Iranian Transactions and Sanctions Regulations, both the BIS and OFAC would also have jurisdiction over the matter.  As a result, it may be in your best interest to submit a voluntary disclosure to both of those US agencies, as well.  Depending on the circumstances of the transaction (for instance, if US persons are involved) this may also apply to EU companies.  Furthermore, if violations persisted over a period of time involving military items that transitioned from the ITAR to the EAR, it may be appropriate to submit a voluntary disclosure to both DDTC and BIS, since each may have jurisdiction over a portion of the transactions at issue.

If there is the possibility that a matter may involve intentional violations, such that the government may consider there to be potential criminal liability, the US Department of Justice (“DOJ”) issued guidance last year indicating that it expects to receive voluntary disclosures directly, rather than simply learning of voluntary disclosures submitted to OFAC, BIS or DDTC.  You should consider carefully which agencies should receive a voluntary disclosure, as this decision may have an impact on which agencies ultimately deem your entity to warrant mitigation credit for having voluntarily submitted a disclosure to the government.

If you think that there may be a breach of EU trade controls and that a voluntary disclosure in the Netherlands is required the authority to turn to is Team POSS (precursors, strategic goods and sanction regulations). Team POSS, which is part of Dutch Customs and, as such, of the Dutch internal revenue service, is the responsible supervisor with respect to both economic sanctions and export controls. In addition to its more general controlling and auditing tasks Team POSS deals with voluntary disclosures. Once you have made the disclosure, you may expect a call or a letter from Team POSS to arrange for an on-site visit from one or two of its team members, who will be conducting an audit. In the course of the audit, Team POSS will usually want to interview responsible staff, ask detailed questions about the suspected breach and have access to the company files and the internal compliance program. If Team POSS suspects intentional violations (entailing criminal liability) or deems that a penalty should be applied, it will write a formal police report which it will submit to the Public Prosecution Service. Subject to the fulfilment of the conditions as set out in our first post on voluntary disclosure Team POSS has discretion to desist from such a move and offer a settlement or issue a formal warning.

In the Netherlands, the breach of economic sanctions and export control regulations constitutes an economic offence for the ultimate enforcement of which the Public Prosecution Service is generally competent. In theory, therefore, you may also submit your voluntary disclosure to the public prosecutor’s office irrespective of whether there is potential criminal liability. Practice in the Netherlands, however, shows that a voluntary disclosure to the public prosecution is rather exceptional.

In practice, however, it is recommended to present your disclosure first to the “competent” licensing export control or sanction authority in Belgium. This will generally be the regional authorities in charge of export, import or transit licenses for dual-use and military items – click here for an overview of the competent export control and sanction authorities in Belgium. They will assess the suspected breach, how you have dealt with it and what measures you have taken to prevent further breaches in the future. On that basis, they will present your disclosure file to Customs along with their advice on what they consider to be mitigating circumstances and which usually includes recommendations of measures that can be taken to prevent future breaches.

In sum, there are several key considerations related to voluntary disclosures.  It’s not enough to simply decide whether or not to disclose. One must also consider carefully when to disclose and to whom.

New measures on PPE proposed by the EU Commission: limiting export authorization
The combination of innovation and digitization causes severe disruption to existing controls
Unlike in the US, few European countries disclose detailed records of the
Will the Trump administration stick to or break with established US trade
In the event that you decide not to voluntarily disclose, be sure
Go to Top